Do You Recognize This Teenager? 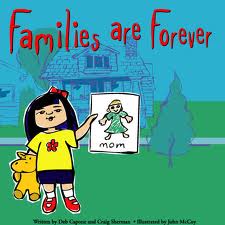 Jackson was not your normal teenager.  Even in preschool there were signs of rough water ahead.  There were his fights and tantrums.  He did not get along with many kids but with a select few who also seemed to display "wild" behavior.  He had difficulty accepting correction and it seemed you had to plead with him...threaten him to get him to do anything.

Some experts said it was just a passing phase and that you should spend more loving, fun, quality time. More experts advised letting him "negotiate" the rules and punishments as he would then feel more like an important part of the family and behave as a result.  People said he would grow out of it.  "Be patient."  Others claimed this behavior was due to poor parenting as "there are no bad kids just bad parents."  "You need to pray more."  You need to..."

At 9 years old Jackson was powerful and his problems were beginning to control the mood of everyone in the house.  A stubborn angry outburst could alter how everyone felt in an instant as you did not know what was coming next.  His parents began to fight over how to best discipline Jackson the "right way".  At 11, the calls kept coming in from school.  In fact, when the cellphone rang there was a physical pain inside as you wondered if this was going to be about another incident at school.  One assistant principal called and began to speak to you as if you were the child and teach you parenting skills.  She assumed that you had to be a delinquent and uninvolved parent.  She described your son as “out of control”, “a handful” and “you need to teach him some manners”.  Completely out of character, you “went off” and set the administrator straight.   Later you thought, “what must she think now?”

Turning 13 and puberty “kicking in” saw Jackson hanging out more and more with his friends which was a clear preference to being with his family.  This was a tough looking crowd that seemed to feed on each other’s bad behavior.  Some of them looked too old to be your son’s piers.  It just didn’t feel right.  When they did come over to the house they hardly spoke to you.

You took him to professionals who diagnosed him with ADHD and hinted that there might be other disorders.  They began an 18 month search for drugs that would help him.  They tried Ritalin but it sent him through the roof with wild mood swings and violent bursts of anger.  They recommended wilderness boot camps and you tried one which was helpful for a time.  A friend recommended a school for such behavior and $70,000 later things were again better for a while but…

You will notice that these Family Coaching articles rely heavily in form and language on Dr. Scott Sells book, "Parenting Your Out-Of-Control-Teenager".  It is a must purchase and read.  Philosophically and tactically, these ideas have been born out of personal upbringing, teachings from the Bible and church, Resource Realizations, Red River Academy and the advice of concerned friends and family.  We hope they are helpful to you.

At WindRiver Strategies we follow a family coaching strategy that adheres to 7 Steps: